Marvellous medieval hamlets, old farmhouses and vast forests that seem to oversee the region with a stern gaze. Climbing up through the Bormida Valley from the sea, the expectations that you traditionally associate with this Apennine alpine area are confirmed. But there’s more.

Travelling on towards Cairo Montenotte, you come across what remains of 20th century industrial archaeology that played an important role in this valley. Railcars, spectacular coal cableways, today abandoned, above Savona, which from the port transported fuel, or cotton, to San Giuseppe di Cairo, passing over 17 kilometres of forests (at the time, the longest cableway in Europe) and that now have become an integral part of the surrounding landscape.

To better understand the industrial history of these places you must make a stop in the main town of the Bormida Vally, Cairo Montenotte. With its graceful historical centre, colourful houses and remains of the 14th century walls. For some years now, inside its Palazzo Scarampi, we can find the elegant headquarters of the Ferrania Film Museum, in memory of an important Italian company, Ferrania, a leader in the production of photo-sensitive materials for photography, the graphic arts, radiography and, of course, the cinema.

The materials and artefacts on show highlight the association with Cinecittà, with the Ferrania logo prominent throughout the neorealism period, and they also remind us that the first Italian film in colour, “Totò a colori” by Steno, was filmed in Ferraniacolor. A low-sensitive film, it was used to illuminate scenes four times more than those in black and white, and for a short season Ferrania became a sort of training ground for many beginner directors, from Giuseppe Rotunno to Vittorio Storaro. 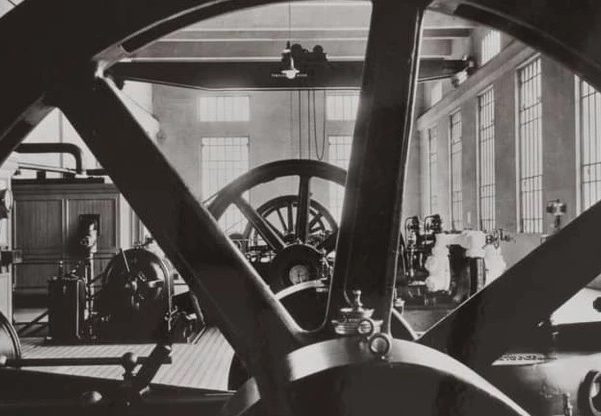 “Ferrania was the pride of the valley. In the early sixties it provided work for about 4,000 people, and a further 2,500 indirectly”, recounts, with a touch of nostalgia, Alessandro Bechis, ex-employee of the factory and President of the Ferrania Film Museum Association.

For two generations, the company represented much more than just a traditional workplace, embodying the typical traits of the inclusive town/factory, providing workers with housing, a cafeteria, recreational clubs, places for leisure activities, a cinema and a library. The consciousness of this grandeur was symbolically reflected in the Ferrania red neon sign (after Ferrania 3M). Installed in 1962, it was 36 metres long, with the letter F seven metres high, and they say it could be even seen from the highway.

Acquired by the American multi-national 3M in 1964, Ferrania included in its real estate assets also the Riserva Naturalistica dell’Adelasia – a sort of compensatory contribution in a highly industrialised area –, a beautiful private expanse of nature in the Bormida Valley of the Cairo Montenotte area, taken over in the early 2000s by the province of Savona. A green lung of the Ligurian Ponente, home to wild animals and monumental trees, a sort of biodiversity paradise. And, therefore, an ideal place for an excursion or a short day trip to discover a Liguria almost forgotten.

Naturalistic beauties of the valley

Within the Adelasia Reserve, listed on the “Sites of Community Interest”, we find the Cascina Miera refuge. At one time, an environmental education centre, that Ferrania, in the 1990s, restored in order to organise evenings with its employees to get in touch with nature. Today, it is a stopover on the Alta Via dei Monti Liguri route, the 430 km walking track that connects the extremities of the Ligurian Riviera from Ventimiglia to the Province of La Spezia, as well as being a central point for all the trails that criss-cross the park.

An excellent way to discover the natural beauties of this valley, is to entrust this experience to the association Cinghialtracks, a group of Valbormidesi friends with a passion for cycling and the environment, and who voluntarily maintain the trails and organise excursions of different difficulty, also by E-bike, given that the Apennine ridges in these parts are not particularly gentle.
The classic tour of the park begins from the parking area that is the access to the reserve, and after a short stretch arrives at the Miera refuge. The path continues on to the panoramic outlook of Rocca dell’Adelasia, passes by Napoleonic trenches, farmhouses of the valley of ‘rowboats’, the Olmo cave and, finally, arrives at the area near where the famous monumental beech trees are found, the highest rising up to over 40 metres. At the end of the walk, you can also visit the old hamlet of the Abbey of Ferrania, a medieval commandery dating back to the 11th century, then later becoming the palace of the Marquises of Scarampi and De Mari.

Moreover, from the Adelasia Park you can reach by bicycle the wind farms of the area – Valbormida, located in a beautiful beech copse, and Naso di Gatto on Mount San Giorgio, stretching across three bordering municipalties (Savona, Cairo Montenotte and Albisola Superiore). From here, you can rejoin the Alta Via dei Monti Liguri or begin a new tour to discover the Napoleonic routes.

A little curiosity. Don’t be surprised if during one of these excursions in the reserve you hear more than one person mentioning the legend of Aleramo and Adelasia, the daughter of Otto I of Saxony, who fled from the ire of the Emperor of the Holy Roman Empire and landed after a long journey in a small bay on the Ligurian coast, which was given, in honour of the princess, the name Alaxia, today’s Alassio.

The story is a part of the local folklore. The legend was also taken up by Giosuè Carducci in an article in 1893 published in the Nuova Antologia.

The more sporting and fit can also undertake the more demanding Aleramico tour by MTB of at least two days that begins from Monferrato descending to the Ligure di Ponente Riviera, passing through often wild environments, far from any traces of civilisation.The fantastic bikepacking trip starts from Acqui Terme, a spa centre already well-known in Roman times, crosses the watershed between the Erro and Bormida valleys, enters the beech forest of the Adelasia Nature Reserve, climbs up to join the Alta Via dei Monti Liguri and, finally, surrounded by Mediterranean bushland finishes at Finale Ligure. For a dip into the sea and some well-deserved rest.

Remaining in the area, another place worth visiting is without a doubt the village of Altare, a small medieval jewel situated near the Colle di Cadibona where, in a splendid liberty-style building with the name Villa Rosa, built in the early 1900s under Art Nouveau specifications, we can find the Museum of the Alta Vetraria Altarese. In this small centre of the Ligurian hinterland, glassmaking – glass objects, for pharmacies and artistic purposes – is an ancient tradition introduced by a Benedictine community that brought master craftsmen from the north of France. From medieval times, the glassmaking “à la façon d’Altare” has not only been a part of the economic and social life of the town but also, thanks to the migratory flows of Altaresi glassmakers, it has spread all over Europe, bestowing fame and prestige on the village. Still today, glassmaking is one of the most important productive resources of the entire Bormida Valley.
After visiting the museum, it would be a real pity to let the opportunity slip by to dine at Quintilio, the fantastic inn a stone’s throw from Villa Rosa, where the two owners, Lorena and Luca, cook the traditional Ligurian-Piedmont dishes, with a touch of explosive eccentricity. The wine cellar at the very least deserves a visit.

Discover other Wind Parks in Liguria