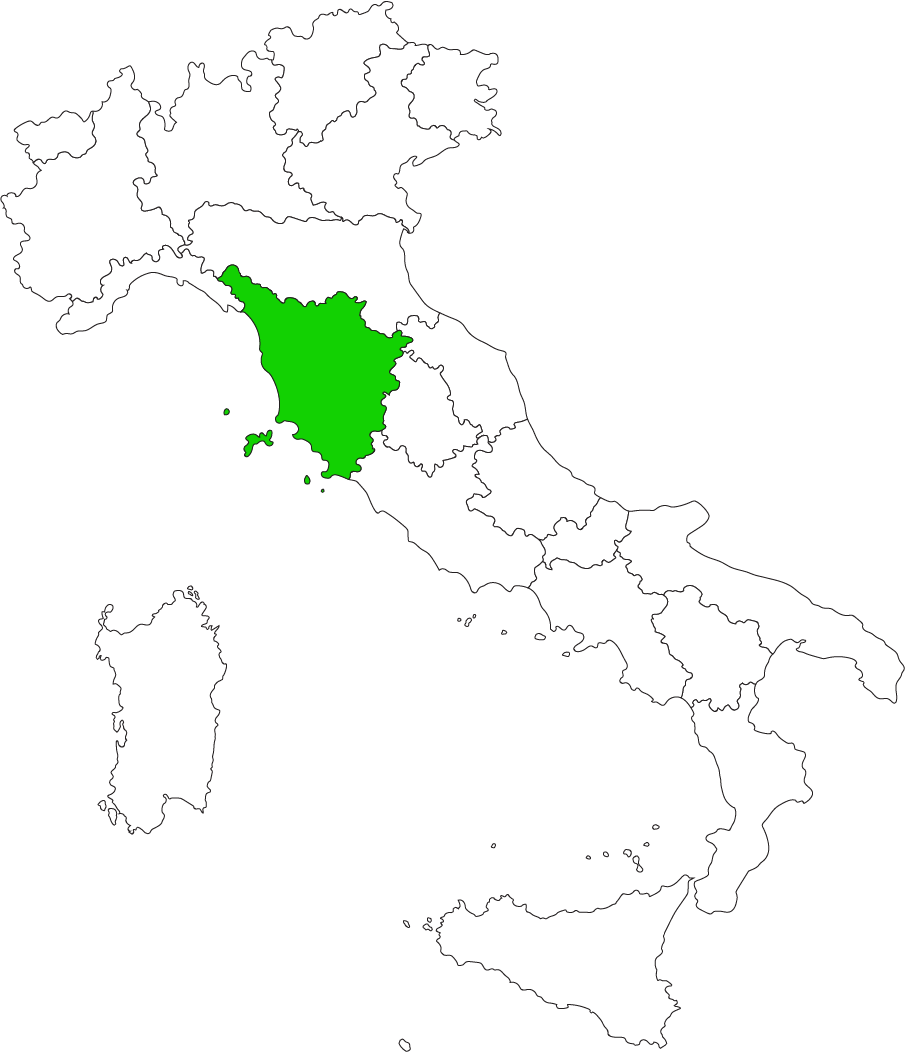 The wide variety of landscapes, with its famous mountain passes and mountains descending to the plains, the ancient hamlets, the typical fauna of the Apennines, the superb Medici residences and those elegant shades and soft colours that so much influence Giotto Di Bondone, simply known as Giotto. For once, lose yourself in the gentle and undulating hills and the “flame willow trees that in the afternoon, with their tongues of light guard the ramparts” – the words of Walter Benjamin. There is another piece of Tuscany that is worth exploring. For some, less grand that other more aristocratic places, but just as fascinating. And certainly more original, just as the inhabitants, likeable grouches.

Welcome to Mugello, a mysterious corner north of Florence, surrounded by the Casentine forests, the Tuscan-Emilian Apennines and the Prato plain, considered by many as a type of non-place, to be quickly passed through on the Florence-Bologna tollway. Hoping that the weather will not be too bad. You cannot be more mistaken, because the Mugello area is a natural paradise, to be fully explored. On foot, along the trails of the Gothic Line, or by bicycle. Or maybe following the different thematic routes recounting the history of places. The latter includes, depending on your time, “Il Cammino delle Terre di Giotto e Dante”, a 149 kilometre route to be done in stages that rigorously traces the itineraries of Giotto di Bondone, born in these parts, in Vicchio, and of Dante, who stayed in the Mugello especially during his long period in exile.

However, first and foremost, it is the land of the Medici family, who from here set out to conquer Florence. If you are an enthusiast of the political intrigues of 16th century Italy, then it is certainly worth taking a tour of the Medici villas which testify to the signs of their eternal grandeur. Especially not to be missed is Palazzo Vicari and villa Cafaggiolo, a Renaissance jewel (today privately owned) situated at Barberino del Mugello. On the UNESCO World Heritage List, the villa, designed by the architect Michelozzo in about 1450 and commissioned by Cosimo il Vecchio, was Lorenzo the Magnificent’s favourite place.

Climbing to the Upper Mugello, the part of the area that looks towards Romagna, where the landscape is more rugged and the traditions more embedded, you arrive at Firenzuola where, on Mount Carpinaccio, we find the wind farm, overlooking a valley crossed by the Santerno River. It is not by chance that it is one of the more sought after areas for paragliding enthusiasts, who gather here to launch themselves, even at night, lighting a fire and using it as a point of reference. 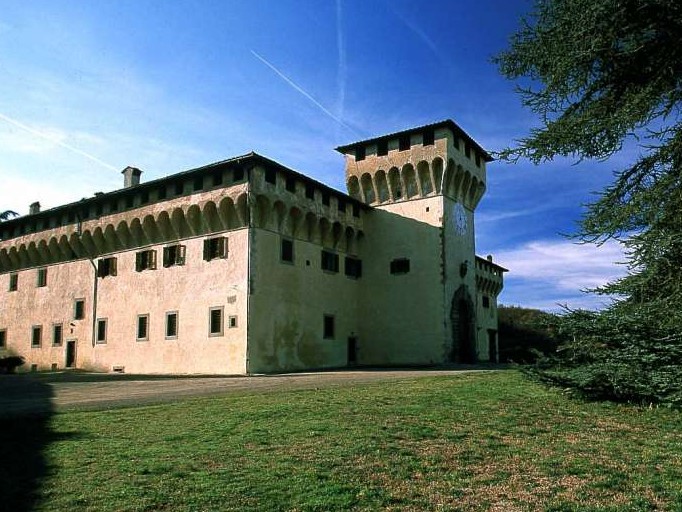 The wind farm, which came into operation on December 2012, is 3.6 MW of electric power, sufficient to provide clean energy for approximately 10,000 families. A specific web page updates on the Agsm website in real time wind speed and direction. Along the wind farm there are an educational path that illustrates the technical and environmental peculiarities of the site, and equipped rest area offering the opportunity to rest.

In Firenzuola, “the beautiful town the Santerno bathes, where they speak Tuscan in Romagna lands”, the San Giovanni Battista Church certainly deserves a visit. Destroyed by bombs in 1944, it was rebuilt after the war ex novo on the design of the architects Edoardo Detti and Carlo Scarpa following the model of the holy architecture of the 1900s, which perhaps the lovers of Baroque would not appreciate so much. Leaving the town and lifting your gaze towards the mountains, it’s easy to see the numerous stone quarries that have sculpted the landscape and where they excavate the distinctive sandstone of the area, elegant and with a special veining feature, that was already used at the time of Brunelleschi to make arches and columns adorning the city of Florence and that, today, is known all over the world.

Its fame can also be attributed in part to a very particular person, Steve Jobs. In 1985, forced to interrupt his first period in Apple, Jobs was given a trip to Italy. Arriving in Florence, he bought a bicycle and began cycling around, alone, visiting the local towns and villages, remaining struck by the stones used in the road paving. They were stones of a calming blue-grey, intense but welcoming. They came from the area of Firenzuola.

Twenty years later, Walter Isaacson wrote his biography, “he would decide that the flooring of the main Apple Stores would be made from sandstone flagstones coming from the same quarry”. Some of his colleagues suggested to reproduce the colour and the grain with cement, also to greatly reduce the costs, but Apple’s inventor, naturally, could not be moved. He had to use the grey stone. Still today in Firenzuola, there are many who remember the discussions bordering on obsession with Steve Jobs’ designers on the ideal hues and purity of the stone.

However, not all memories are so happy. The Gothic Line cut through this area. The defensive line built by the German army between the summer of 1944 and winter of 1945 which cut the Italian peninsula in two, from Versilia to Pesaro, exploiting the morphology of the Apennines and using the ridges as bastions of resistance to the advancing allies. It was not a continuous line of fortifications but a series of defence posts positioned at strategic points, such as at the Futa and Giogo Passes, the two main mountain crossings. To rediscover these areas and re-evoke a piece of painful history, you can join one of the historical walks organised by local associations such as Mugello Trekking and Sulla Linea del Fronte! (On the Frontline), that take you on a tour of the bunkers, defence posts and tunnels used by the respective armies.

Reaching the summit of the Futa Pass, also a stop on the well-known trekking route “La via degli dei” (The Way of the Gods) which connects Bologna to Florence, you must not miss a visit to the German military cemetery, a monument to the memory of the more than 30,000 German soldiers who died during the allied offensive and whose bodies were recovered from provisory graves in more than 2,000 municipalities. Completely built out of the grey stone of Firenzuola, it is a particularly moving place without being at all self-aggrandising, more similar to a place of meditation, perfectly blending into its surrounds, rather than a traditional cemetery. During the summer, theatrical events are also organised here with views over the Apennines.

Last but not least. In these areas, you don’t only come in search of reliving the past or for breath-taking panoramas, but also to taste what is considered the best Fiorentine steak in Italy. And here, it’s worth knowing beforehand, you should not joke about it. We are not speaking of just any old cut of meat, but of an excellence that recalls the tradition and identity of Tuscany. Some have said its origins even go back to the Medicis (them again!). Whatever the truth, this is the realm of the bistecca alla fiorentina. Of course, to be only cooked on the grill and eaten al sangue (rare). Otherwise, as the Tuscans say, “it’s better to eat chops!”.
There is no shortage of places where you can try it and everyone you ask for a suggestion will whisper to you that they know the perfect place. Always different depending on who you ask. We suggest the Antica osteria di Nandone, in the locality of Omomorto, along the road which from Scarperia climbs towards the Giogo Pass, listed by The Telegraph some years ago as among the 13 best places in the world to eat meat. There is one warning posted in clear view, in an ironic vein on a blackboard inside the restaurant – “Vegans stay away!”.

To discover paths and trails on foot, by bike or on horseback

Discover other Wind Parks in Tuscany