A vibrant wooded hinterland, quite unknown and underestimated. With the sea in the background, and quickly forming clouds – sometimes too quickly – and a succession of mountains marking the rhythms of time. Welcome to this corner of the province of Savona, in this land between the sea and the mountains where small villages struggle to survive and testify to the memories of the past. The Municipality of Stella is one of these. Wedged between the Comunità Montana del Giovo and the Beigua Regional Natural Park, it is immersed in an extremely verdant landscape, a small paradise for walkers and hikers wishing to explore the area.

In this part of Liguria, if your preference is for higher altitude hiking, there is more than 550 meters of trails in the Beigua Park, from nordic walking to snow-shoeing in winter. However, you can also choose to start directly from the coast, from Varazze, reknown to have the best waves for surfing in Liguria, and trek through an area represented by the diversity of this part of the coast. You pass through olive groves and pine forests, encountering some prehistoric Liguri settlements and, finally, ascending you enter the beech woods to reach the peak of Mount Beigua (1289m.). Where your strenuous climb of over 1,330 meters will be fully repaid by the fantastic views to the Corsican Alps, with Genoa almost below at your feet. It’s not a difficult track, but you need to be careful of the wind from the sea, which can rapidly and unexpectedly bring in sea fogs. 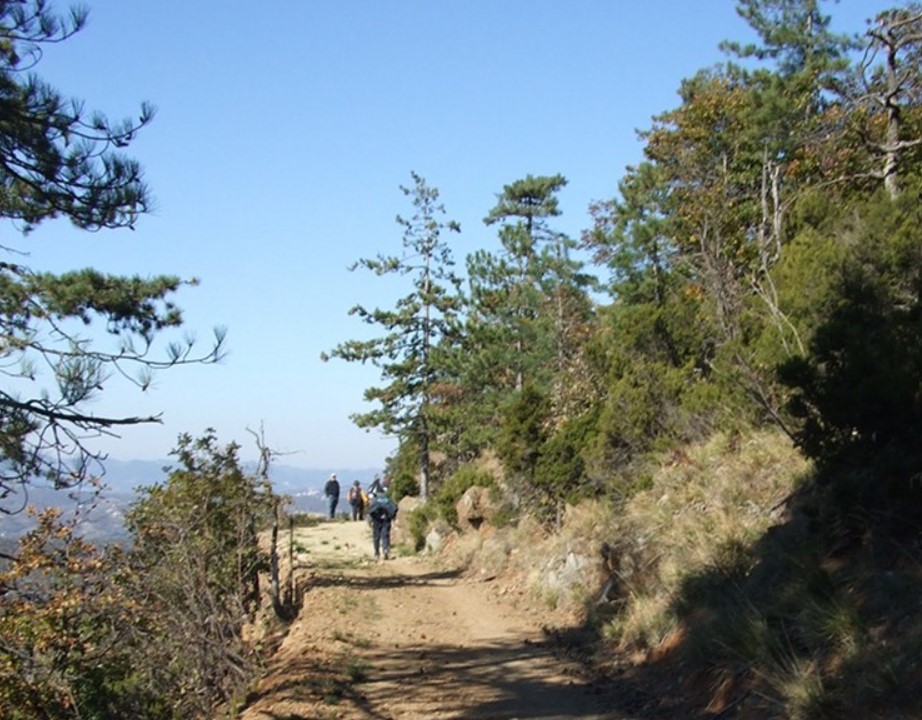 “Via del Vento”, an unusual and interesting itinerary by bicycle (or E-bike), organized by the young people of the association Cinghialtracks (there are still no signposts, so it is advisable not to attempt it alone if you are not a local), connects the Adelasia Park, the Deiva Park, and the Stella area. The track crosses an uncontaminated area where we find the four wind farms of Naso di Gatto, La Rocca, Cinque Stelle, and Valbormida.

The Stella farm is considered among the most innovatively constructed in Italy, winning the Klimaenergy Award for being able to harmonize infrastructure with environmental protection.

There is an added reason that makes this route literally “historical”. In this part of the Savona hinterland, in fact, the young and still little known General Bonaparte defeated in April of 1796 the Austro-Piedmontese troops during the famous Battle of Montenotte – “my nobility goes back to Montenotte”, Napoleon would later comment – effectively starting the First Campaign of Italy. Today, of course, there is not much left, but by following the path you can find some traces.

For example, in the Adelasia park, where the trenches in the area called Bric del Tesoro are still visible, or on Mount Negino, from the top of which the view extends as far as Corsica, where on April 11, 1796 Napoleon Bonaparte won his first battle, changing the course of European history. For those who would like to continue the journey in the footsteps of Napoleon in the Savona area, where it all began – the battle of Loano in November 1975 is considered so symbolic and strategic that it was immortalized in France with an inscription on the Arc de Triomphe – a project of the European Union has been created that unites France and Italy in a long itinerary that holds together Liguria, Tuscany, Sardinia and Corsica.

Speaking of history. If you are visiting these areas, do not miss the place where the most popular President of the Republic in Italian history was born. Near the center of Stella, we can find the house of Alessandro “Sandro” Pertini, owned by the regional government and is now a museum open to the public, managed and maintained by the Sandro Pertini Association. “The President was born and grew up here until 10 years of age, when his mother sent him to Varazze, to a Salesian boarding school, where he attended the intermediate school and the first two years of high school. He then finished his studies in Savona”, recounts Elisabetta Favetta, President of the association which, in September every year, organizes a commemorative candlelight procession. In 2016, to celebrate the 120th anniversary of the birth of Sandro Pertini, President of the Republic, Sergio Mattarella, also made a visit to Stella.

The museum can be visited by appointment and does not only describe the life of this great man, but also a piece of Italian history. That concerns all Italians. There are photographs with Turati, Parri and Carlo Rosselli that document the daring escape by motorboat in 1926 from Italy to Corsica. Then his move to Paris and Nice, where Pertini lived for a couple of years taking different odd jobs to get by. There are the years of his life in prison, and in one room there is even the bed where he spent his last days – built by a carpenter of Genoa-based on the model he had slept on in the Regina Coeli prison -, and photographs with 20th-century politicians, from Andreotti to Craxi to Saragat. However, we can also find less institutional and more personal recollections, faithfully recounting the figure of Pertini – his unforgettable pipe collection, his beloved bocce, his lawyer tools of trade from when, for a short time, he opened a legal office in Savona, later to be destroyed by the Fascists, or his famous coats with the Italian tri-color sown inside, because you can be both a Socialist and the Father of your Country.
Then, there are also the few books that survived the German fury and, of course, the reminders of the legendary scopa card games, including the “world championship” with Zoff, Causio and Bearzot, even if it is said that he almost never won. “In Stella, my village” – he used to say justifying himself – “we play differently”.

Places not to be missed 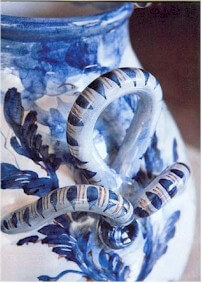 Leaving the village of Stella, not before having tried the famous fresh cheese, a local goat’s milk cheese of peasant tradition, it is worth heading towards the sea and making a stop at Albisola marina, the traditional ground of artisan potters who have combined the production of local goods of historical tradition with the artistic fervor of the contemporary. Rebaptised by Marinetti as “Libera Repubblica delle Arti”, Albisola is a true open air museum, well known also abroad for its so-called “passeggiata degli artisti”.

A sort of huge mosaic, 660 meters long, made up of 20 panels created in the early sixties by local and foreign artists attracted by the place’s fame, including names such as Lucio Fontana and Giuseppe Capogrossi. The route was completely rebuilt in 2000 by the municipality and, on that occasion, a 21st panel was inserted in the pavement, a tribute to Asger Jorn, the Danish painter who lived for a long period on the Riviera.

In the years between the late sixties and early seventies, Albisola was also known for a historical nightclub called Pozzo della Garitta. A popular place for the youth of Genoa, always in search of somewhere to enjoy themselves far from prying eyes. Amongst the frequent visitors, there were also two unrepentant and, at that time, inseparable friends, Fabrizio de André and Paolo Villaggio, who enjoyed themselves their way, presenting improbable and improvised cabarets where they invented off the top of their heads popular folk songs or apocryphal partisan songs. A classic of their repetoire was Mariun: “e la ciamavan la Mariun – e l’ era un gran puttanun – però l’ amor faceva – sol col partigian” (And they called her Mariun, and she was a great prostitute, but she made love only with the partisan). Laughing and drinking until the first light of dawn or when they had run out of breath. Memories and stories of the 21st century.