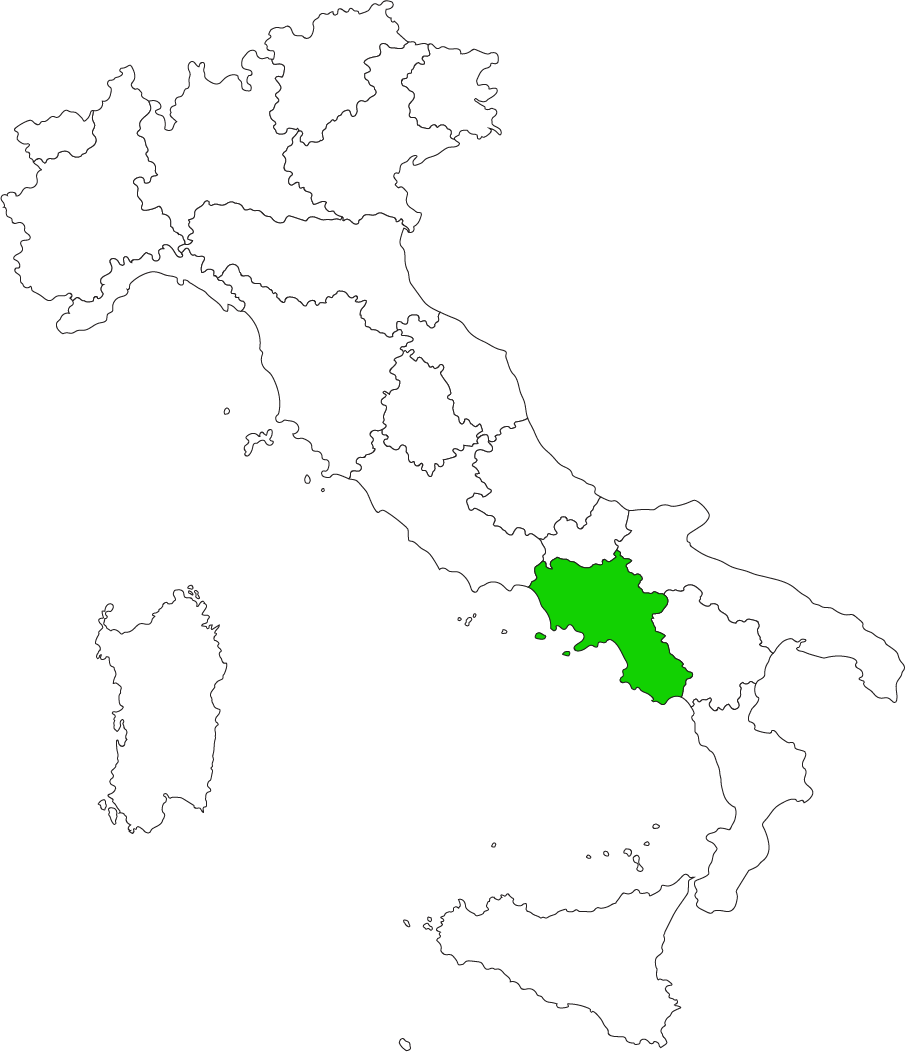 A little corner of Provence in Campania, but minus the perfume-laden air of the  lavender fields. Welcome to San Marco dei Cavoti, a hill top village situated in the heart of the Sannio Apennines, where the old Provençal origins – the village was founded by the Anjou who in the mid-15th century repopulated the countryside abandoned during the plague of 1348 and destroyed by the earthquake of 1349 – are used by the locals to lay claim to their roots, a symbolic gesture identifying them as different from the rest of Campania. The Provençal colonies came from the town of Gap in Upper Provence, and named the village San Marco in honour of their patron saint. Provençal roots that today can still be seen in some of the architecture, in some of the local customs and in the names of the village districts – Francisi, Franzese, Borgognona.

If we had to describe three distinguishing aspects of San Marco dei Cavoti, we should begin with its strong medieval identity, with 3 of the 4 gates to enter the village (Rose Gate, Palazzo Gate and Grande Gate), and with the encircling, and remaining almost intact walls. Then there is the beauty of the typical landscape of these villages that make up the mountain community of Fortore, places with a distinctive character, but also at the crossroads of the neighbouring borders – on the one side, Molise, on the other, Apulia. And finally, the eccentric nature of its inhabitants (and here we can recall their Provençal roots). Such as Lee Iacocca, the American migrant who became the first president of Ford, a legend in the automobile industry, or the cavalier Salvatore Ricci, who everyone in the village remembers as the  “master clockmaker”.

A craftsman with a passion for mechanical devices who dedicated most of his life to collecting innumerable tower clock mechanisms, returning them to working order after meticulously cleaning and repairing them. Ricci recovered old pieces originating from every epoch – large cog wheels, rusty clocks in pieces and, at times, actually piles of scrap iron. Creating over time an extremely rare collection which at the end of the 20th century, thanks also to the foresight of the then mayor, Francesco Costa, found a permanent home with the setting up of the Museum of Tower Clocks, a unique place of its kind in Italy, and probably in Europe, that hosts 50 old clocks dating from the early 1500s. In 2001, as a recognition of his commitment as a master clockmaker, Salvatore Ricci was awarded the distinction of Officer of the Republic by the Italian President Carlo Azeglio Ciampi.

The Museum of Advertising

Another rather eccentric and bizarre place to visit in the village is also in the Jelardi Palace where Andrea Jelardi, journalist and writer, created The Museum of Advertising, with its exhibits of commercial packaging and trade. Four rooms that host advertising items, logos, confectionary packaging, signs and propaganda posters from the Fascist regime. Another curiosity – the museum also houses the equipment of the first cinema of the village from the 1930s, and some businesses from the time have even been entirely reconstructed, such as the barber shop of the Como Brothers, an old salon dating back to the 1920s.

And, of course, we cannot forget His Majesty the Torroncino, the real link between the past and the present of San Marco dei Cavoti. We are talking of a delicious bar made from almonds, hazelnuts, sugar, honey and dark chocolate  which has made this small village of 3,000 souls famous throughout the peninsula and the world, even as far away as in Japan and Australia. This is  ‘Made in Italy’. It all began in 1891 when Innocenzo Borrillo, returning home from Naples, where he had been an apprentice in some pastry shops learning the secrets of the Neapolitan confectionary school, decided to open a small shop, inventing from nothing this croccantino, then patenting it in the second decade of the 20th century. “Then, I still didn’t use chocolate. The original version was the crunchy bar of almonds and hazelnuts covered with a glaze of sugar darkened with cocoa”, explains Innocenzo Borrillo, who took his grandfather’s name and carried on the historical tradition of the family.

“Today,” he smiles, “it has become a niche torroncino for the nostalgics”. Up to the 1980s, only two businesses could be found in the village – that of Borrillo and of the Serio confectionary – while today there are 10 local companies producing the torrone and the business has become a key element in the local economy. If you want to sample one of these delights and also see the phases in its production – and without being detrimental to the others, those of the Altare company seem to be better in quality and originality – then you must save the date on your calendar for the Festival of the Torrone and Croccantino, which for more than 20 years brings the medieval village to life every weekend from December 8 to Christmas Eve.

What to visit in the area

Previously, we spoke of the beauty of the region. And a good way to explore it could be to combine a visit to the elegant medieval centre with the wind farm of San Marco dei Cavoti, one of the most extensive in Italy. The visit, organised by “Il Portale dei Parchi”, falls under the project “I Sentieri di Eolo” (The EoloTrails) so as to enhance the areas where the turbines have been constructed. This is apart from the fact that the village is perched in an enviable geographic position, enjoying a panorama of the mountains of Partenio, Taburno and Matese.

If you are a cycling enthusiast, the area of the Fortore mountain community offers different interesting itineraries passing cultivated fields, lonely and inaccessible heights and old villages that are trying to hang on to their identity (you can find all the information in Rocco Cirocco’s book, “Il Fortore nei pedali”, Natan Edizioni). For those, instead, who love wandering along trails or embarking on longer hikes, it is suggested to at least walk a stretch of the old Regio Tratturo Pescasseroli-Candela, about 200 kilometres of trail crossing The Abruzzo and Molise National Park and ending at the plains of the Tavoliere delle Puglie. In the past, it was taken by Abruzzo shepherds who led their flocks in winter to the south. Today, it is frequented by modern pilgrims who want to immerse themselves in the past and relive the old transhumance route following the old cart roads. Last but not least, for the more enterprising, we suggest an original alternative – to contact the local riding stables, The Soul of the Horses, which organises fantastic excursions for beginners and the more experienced to discover the mountains and the surrounding region on horeseback.